I’m a big pusher for libraries.

“Did you know they have free stuff?” I say.

You roll your eyes. Yes, you know.

“I mean, they have books, but did you know they have other free stuff?”

It’s easy to take the free thing for granted, but many early libraries were only open to rich people and researchers, or required a fee to use. 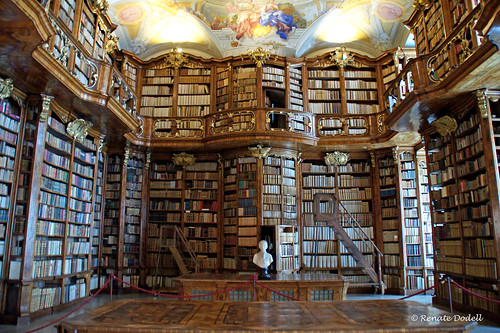 It’s only in the past hundred years or so that libraries have been open to everyone in a neighborhood.

So it’s worth knowing what they have.

I’ve covered genealogy databases before; this post focuses on more unusual things that libraries lend, with examples in my area of the eastern San Francisco Bay.

It’s easy to get used books for cheap or free, so I think it’s brilliant that community libraries are moving into tool lending. Most of us have one of those maybe someday projects… but even if you use a tool once, how often will you use a post hole driller or bolt cutter again?

Here in the East Bay, Berkeley, Oakland, Albany, and Richmond all have tool libraries, although many have limited hours and are for verifiable residents only. You can borrow saws, carpeting and drywall tools, extension ladders, stud finders, sledgehammers, soldering tools, drain snakes, bicycle tools, and lawn mowers, for a few days up to a week.

That doesn’t sound like much time, but the virtue of borrowing things short-term is that you have to actually get the project done. My grandmother won’t subscribe to magazines in part because she never reads the ones she owns; instead, she uses the deadline from a library to get her reading what she always meant to enjoy!

If you’d like to grow flowers or food, the Bay area has seed libraries in Oakland, San Francisco, Richmond, Alameda, and of course Berkeley. Obviously you’re aren’t borrowing and returning one seed. Instead, your community gives you seeds, and you return new seeds if your plant successfully grows up and has babies of its own.

If you don’t live in a town that has a tool or lending library, ask your local librarians if they’ll start one, or if you can donate tools and seeds to get them started. This kind of thing lets you try out gardening or household projects without shelling out money for expensive equipment you never use.

But some libraries, like the one in Oakland, also lend children’s toys. On the one hand, I”m squicked out by this. But seeing as they clean and disinfect between each child, this is actually cleaner than the daycare, doctor’s office, or Sunday school full of toys and books your child already goes to. (You could also trade toys with families in your friendship circle, if you don’t like trading them with other community members.)

A bit further away from us, the Livermore library offers hobby items, tools, and instruments for you to test and enjoy before you commit to buying something. As the East Bay Times reported,

“Not sure little Oscar will maintain his passion for the trumpet? Borrow one at the library before you rent or purchase. Need an unusual and expensive wrench for a one-time repair job? Check it out from the library. Planning a romantic night of star-gazing? Just present your library card to score the loan of a telescope.”

This library lends toys as well as board games, instruments, sewing machines, tools, and telescopes here.

Bay area residents of Contra Costa Co, Alameda Co, and Berkeley can also reserve free Discover and Go tickets for several dozen local museums and zoos. You’ll need to reserve a ticket in advance, because there are limited numbers for each day.

Libraries also let you explore films, magazines, and books that you may not be able to fit in this month’s paycheck. For instance, libraries in the Easts Bay offer access to:

6. Ebooks and Audiobooks from Your Library

I should also note that most public libraries use Overdrive to let you borrow and read bestselling ebooks and audiobooks. What you can access depends on how much money your library has to purchase books and what they choose to buy:

And, just a plug because it’s useful; libraries like San Francisco even let you login to study languages on Rosetta Stone for free.

7. Streaming Video and Music from Your Library

Overdrive’s videos aren’t the best, but they do have things like The Joy Luck Club, The King’s Speech, Sophie’s Choice and… Fraggle Rock. Haven’t seen than since 1988.

Hoopla (Berkeley, Oakland, San Francisco) lets you watch films like Phantom of the Opera, the Music Man, Fiddler on the Roof, The Muppet Movie, Serenity, The Love Bug, Patch Adams, Sunshine Cleaning, Girl with the Dragon Tattoo, Lars & the Real Girl, the Imitation Game, Django Unchained, the King’s Speech, and Into the Woods online. Your library sets how many films you can watch each month (6-20), but you can sign up family members as well. They also have wide range of music albums.

Kanopy (Berkeley) streams documentaries, foreign films, indie films, and classic films; Berkeley library lets you watch 7 per person, per month. Amos and I watched Happy People, because he liked seeing how wooden skis are made in Siberia, and I liked hearing Russian. If you’re a homeschooling family who teaches your kids with Great Courses, you can also get many of them for free here.

Freegal (Alameda Co) lets you legally download a few songs each week and stream hours of ad-free popular music each day; the exact number depends on how much your city library pays for.

Wait …but what if my library doesn’t have these things?

Ask for them! And get other families to ask as well. If the librarians can show their supervisors or city officials that people want these, you’re more likely to get them. If your library doesn’t have many funds, help them raise money to buy more tools and subscriptions.

And, find a bigger library. Major cities and wealthier neighborhoods can spend more on these things. Columbus Metro Library, for example, spends 65 million dollars a year in 23 neighborhoods, and San Francisco spends $117 million in 29 neighborhoods. That goes a long way towards expensive videos, programs, tool libraries, or other unique services. Get a library card there, if you can–some offer them to people in nearby rural areas!