I’ve previously shared what I know of modern Kazakh names, as have other authors. But what about ancestral names?

My motivation here is a growing connection to the SCA, a group fond of historical fencing, archery, brewing, and crafts. These American hobbyists connect to European history by developing a historical persona, complete with costume, a period name (documented in historical records), and a backstory.

There are a lot of resources in historic names and costumes for western Europe, but it’s harder for English speakers seeking to reenact historic Japanese or Mongolian cultures. So I was curious if people ever develop names and costumes from steppe nomads, but not even sure if that “counted” in the imaginary medieval world of SCA. 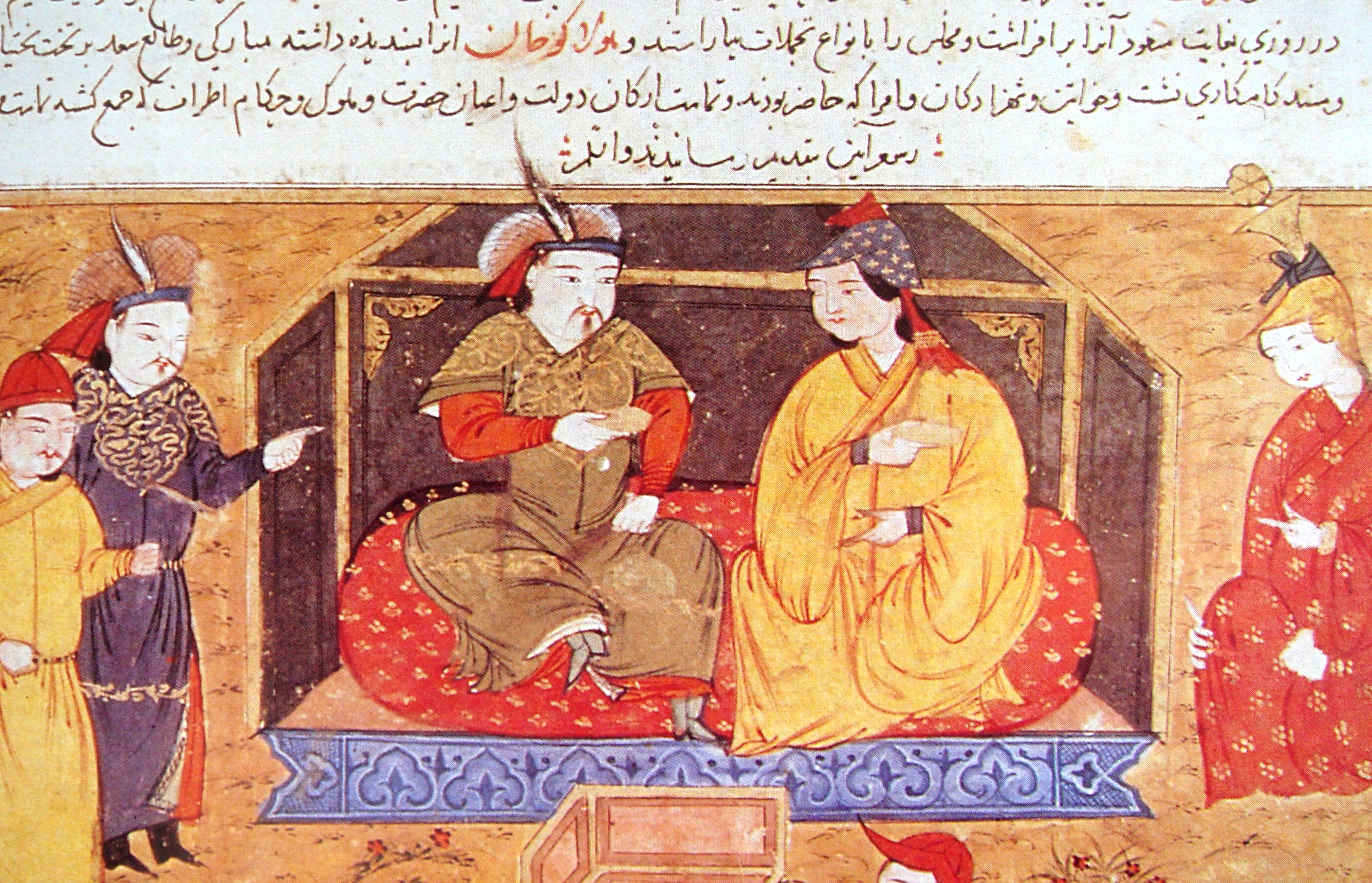 Yet I believe they do. Central Asian tribes had plausible contact with European communities prior to 1600 CE, due to their extensive trade along the Silk Road, hosting of early Chinese and European travelers, and even Mongol invasions which brought some young men into Mongol courts and others conscripted into European battles.

I’ve found a scattering of folks with Mongol, Uighur, or Turkic personas in the SCA, in the Silver Horde and Dark Horde Moritu groups, and Eurasian enthusiasts in a Mongols and Russians and Scythians Facebook group.

And notable blogs include Jadi Fatima’s writing on Persian textiles at Silk Road Conjectures and Aritê gunê Akasa’s research on Scythian-era Sarmatians in the SCA.

Researching names is harder. I haven’t found good lists of Central Asian names prior to 1600, but related lists include Aritê’s early Scythian and Sarmatian names, as well as links from the SCA website to medieval Iranian (Scytho-Sarmatian, Old Perisan, or Zorastrian), Turkish and Persian, Mongol, and Khazarian names.

A major challenge in researching Central Asian names is the diversity of groups who inhabited steppe, forests, mountains, and river valleys. The plus side is plenty of contact with the outside world; the downside is knowing what group we’re talking about, and how they were distinct from or borrowed ideas, clothes, and names from nearby groups.

I decided to focus on the Kazakh khanate. I’m not a historian in any way, but my rough understanding is that early Kazakh leadership and ethnic identity was formed by the late 1400s, and lasts until the present day. Persian historians of the era do mention Kazakh leaders Karai Khan and Janibek Khan, but quickly move on to other topics (Reference 1/Dughlat).

Another challenge is that women are often not named in historical sources. Looking at major libraries, scans of historic Russian and English books, and web sources, I found English translations of medieval Persian or Arabic sources, but nothing in any language that mentioned women of the Kazakh khanate by name.

The only source that did assign names to women in the Kazakh khanate prior to 1600 is Kazakh-language Wikipedia. This isn’t reputable nor is it appropriate documentation. I’m curious who wrote these wikipedia entries, and drawing on what sources. Is it from legends, or oral sources? From Kazakh genealogies, or shezhire, which may only list men?  If you have any ideas, let me know.

I am sharing the list I’ve developed as a starting point, not an ending point. Feel free to explore and research with em. Below is the name in Cyrillic, my approximation in Latin/English letters, and links to the very unofficial source:

The dates here are generally the lifespan of their partners or parents, not the woman herself.

Names of women in the Kazakh Khanate after 1600 AD/CE

These are outside my focus, but in case it’s of interest to you, I’m listing Kazakh women related to later male leaders and heroes here.

A note on titles: I believe these elite women are referred to by personal names and a title equivalent to queen (Khanim / Ханым / Khanum / Khansha) or lady (Bike / бике / Begim / бегім). The names do seem to differ from current Kazakh and Kyrgyz women’s names, which now tend to vivid words such as diamond, honey, star, or apple (2/Hvoslef).