Last fall, I co-led a biweekly reading group on race and procedural justice for my local community. Our participants included a pastor, scientist, software engineer, writer, librarian, mathematician, and startup employee—a range of Asian and Anglo middle class folks new to the Bay Area. (It helps, I think, to contextualize where people are in society, because that affects how we see the world.)

The curious thing about the Bay Area is that differences between people are so visible. Walking in downtown Berkeley, there are homeless people—some quiet, some asking for money, some friendly, and some quite enraged and talking to themselves. There are $6 smoothie and coffee shops, and there’s a McDonalds where working folks (mostly black men) hang out. There’s an astonishing number of Bikram Yoga studios. In my own neighborhood, there are yuppie gyms and martial arts studios and breakfast cafes and independent breweries… and then corner stores with bars on the windows.

And it’s often evident that there are racial divides here—working class black people are far more visible than working class white people on the streets. In fact, one of my white friends who moved into the area quickly left—as an administrative assistant, $40,000 a year wasn’t enough for him to pay his bills. It’s easy for young professionals to buy organic and support free trade, yet remain completely segregated from longstanding community members. I find some of my colleagues active in ethnic communities, fighting for fair policing and affordable housing… but it’s easy for me to stay to the side and work on my own projects.

So it was helpful to meet and talk about race and its role in Christian communities in systemic ways. Below are excerpts from the syllabus I developed for this reading group—and a few interesting books that came out after our group finished.

"If I was doing it again, I might stick to just Drew Hart’s Trouble I’ve Seen and Daniel Hill’s White Awake for an introductory discussion in a mostly-white American Christian community."

We watched Bryan Stevenson’s speech on race and justice at a local campus. A shorter version is his 15-minute TED talk. We discussed the speech, what drew us to the group, and what we hoped to gain.

Week 2: What’s Going on, and what is Racism?

We read two chapters: “When You Fit the Description” (from Drew Hart’s Trouble I’ve Seen), and “Race and Racialization” (from John A. Powell’s Racing to Justice).

This was introducing people to concepts of racism and why this matters.

We read “The Rebirth of Caste” and “The Color of Justice” (from Michelle Alexander’s The New Jim Crow), as well as “Juvenile Injustice” (from Elizabeth Hinton’s From the War on Poverty to the War on Crime).

And optionally, watched Adam Foss’s 15-minute TED talk on prosecution of youth and criminal justice. This was designed just to give us basic background on issues that POC, especially youth, face in our justice system.

Week 4: The Problem With Being Colorblind

We read “Don’t Go With Your Gut” (from Drew Hart’s Trouble I’ve Seen), a short section on “Domination and Subordination” (from Beverly Daniel Tatum’s Why Are All the Black Kids Sitting Together in the Cafeteria) and a longer chapter, “I Didn’t Get That Job Because of a Black Man: Color Blind Racism’s Racial Stories” (from Eduardo Bonilla-Silva’s Racism Without Racists).

The last one has a good way of thinking about the way that mostly white people frame race, like the past is past, I didn’t get hired because of a black person, I didn’t own slaves, I’m not like that racist, etc. We also reflected on how active or passive we can be on racial issues with a reading on “Allies, Collaborators, and Agents” (from Paul Kivel’s Uprooting Racism). 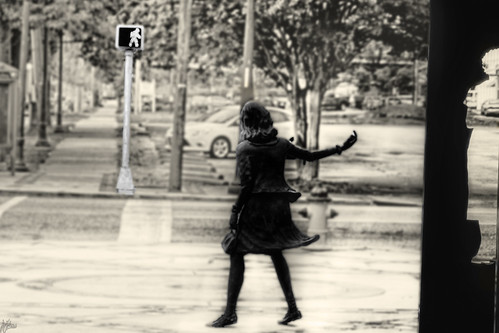 More concrete and vivid. We read selections from Ta-Nehisi Coates’ Between the World and Me, and watched short videos on The Myth of Black Criminality, Mass Incarceration Visualized, and Slavery to Racial Incarceration.

Week 6: Not Just Black and White

We met early to watch 13th, a Netflix documentary on mass incarceration. We also read short online articles about the intersection with other ethnic groups in America:

One thing I really wanted to do—but we didn’t ultimately fit in—was to run a simulation from the free Asian American Racial Justice Toolkit, which invites folks to live within a segregated neighborhood (p. 41-51), experiencing how different racial groups (and classes within those groups) get treated differently by the police, employers, banks, etc.

Trying to look ahead into ways we could apply this understanding and where we could go from here, we read:

There were a few other good readings that didn’t fit into our schedule, including:

And there are three newer books I’d recommend especially for Christians:

The reason I think it’s helpful for religious folks to read books written for them is that these books are often more accessible (don’t assume a high level of belief in racial injustice) and contextualize these issues in terms of Christian values and beliefs. The latter two books here are more readable, while Christena’s social psychology of group relationships is important but dense.

Having a reading group was a great way to sit down and take the time to learn about race in America, its historic and current effects, the role of the church, and how people in different ethnic groups tend to play different roles in keeping this system going.

We felt like we learned a lot. But many of us walked away feeling like—so what can I do? And I don’t think we’ve fully resolved that.

On a personal note, I loved constructing a syllabus and creating PDFs (fair use) for the group to read. I had a great co-leader who developed discussion questions for the group. I wonder if I slanted it too academic and conceptual (my tendency!), and some of the group members commented that bouncing around books was a bit disjointed. I wanted to expose the group members to a broad range of voices and perspectives, but if I was doing it again, I might just stick to one or two books and read those all the way through. For me, Drew Hart’s Trouble I’ve Seen and Daniel Hill’s White Awake might be the best combination for an introduction to this discussion in mostly white American religious communities. 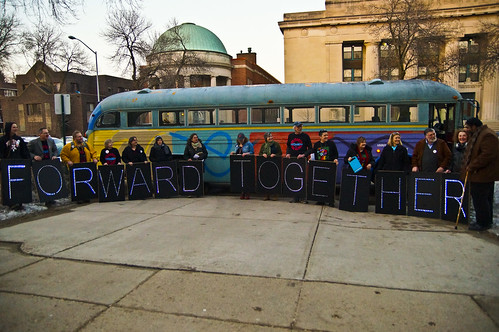 I also wonder if there are ways to reach out to people who wouldn’t normally attend such a group, maybe with an introductory group on ‘exploring whiteness.’ I often see a lot of polarization in intraethnic discussions of race. White activists push hard against any trace of racism, challenging others. Yet other whites are uncomfortable, feel like they can’t speak what they feel, not what they ought to say, carry the burden of experiences where they were told they weren’t selected because they didn’t bring diversity, or have complicated and painful feelings about being white in America.

And I get the need for activism–but I'm also not convinced its effective to barrage folks who aren't in the same stage of racial identity and perception. And while you can challenge folks, I think that has to come in the context of relationships, and you can't hurry the process. So I'd like a space for newbies to talk race as a process, to express their frustration, process on it, explore different perceptions, and begin to see both the advantages and disadvantages of being in the privileged ‘white’ position in American society.

Only once we see clearly and process our experiences–as well as get an angle on what we're not seeing or experiencing–can we figure out what to do with the roles we find ourselves in.