Yet my husband Amos* and I are terrible at making decisions.

I, for one, prefer to ruminate… research… discuss every option with *all* my friends (surprisingly few are left…) …and then make weighted decision matrices to take every factor into account.

Amos, on the other hand, prefers to let things lie until the last minute, then make a decision based on what feels good or needs to get done at the time.

A match made in heaven. By some rather gleeful angels.

So this evening, we talked over our weekend plans: the zoo, a renaissance fair, gaming, a movie, a walk in the park, archery… stay at home and read? (my vote).

And after an hour, we still hadn’t made a decision.

So given tonight’s indecision, I suggested we make a decision about how we could make decisions in the future.

Amos rolled his eyes, while I went to find a notepad and make a list of options (hey, work from your strengths!):

…But what if straw, sacred runes, and sheep pellets aren’t handy?

That’s when we realized what we needed: more gadgets.

Deciding on a Decision-Making App

I scoured the internet to find apps we could use to make a quick decision. I’ll review the most interesting ones below, but if you’re busy, flip to the end to see the winners, Chance and Halp.

Either Or Choose red or blue, then let bubbles burst until one predominates. It’s beautiful, but when it stops I can’t remember if I wanted red or blue. Rejected. 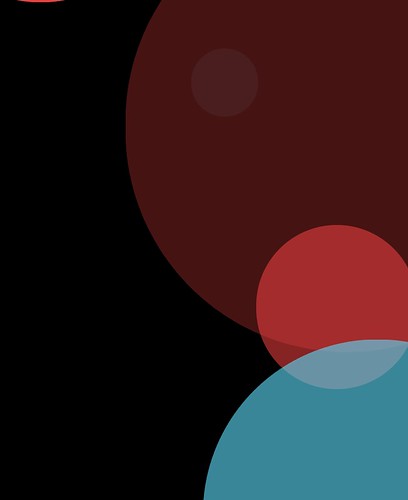 Tap Roulette. If playing Eenie Meenie Miney Mo isn’t working, there’s this person-picker. Each person touches a finger to the screen, and the app selects a single winner… or loser. You could list your names in any other app, but this does have the virtue of being hands-on, 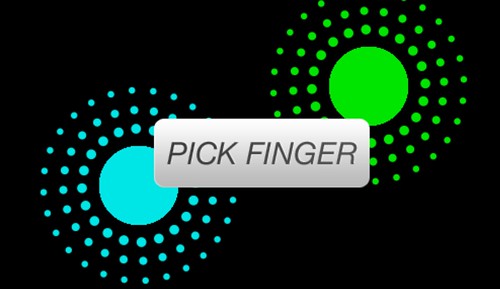 iChoose. Unbelievably ugly, but the redeeming feature here is a Yes/No option. Way easier to interpret than heads or tails! 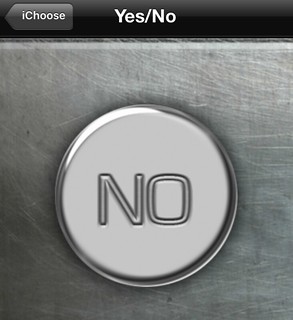 Pro and Con Lists. This is easier on paper, ugly in most apps, and anyway, there are inherent problems: 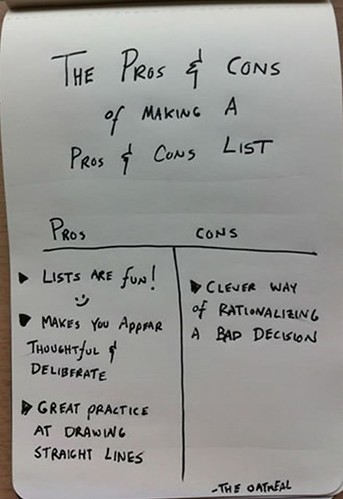 Decision Helper. If what you need is more pros and cons, this lets you consider the effects of your decision, how you’d feel, and what pressure you’re under. Nice… but isn’t that what a good friend, counselor, or coach is for? 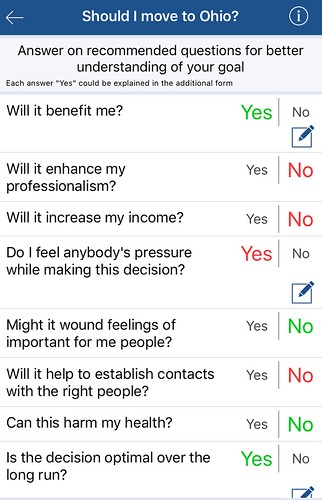 You’re probably thinking by now that everything has problems.

But I found two apps which are attractive, free, and simple to use for a quick decision:

Halp (for two to four choices)

Attractive and keeps you focused with just two to four options. But as it shames you, it can’t help if you don’t act on the decision! 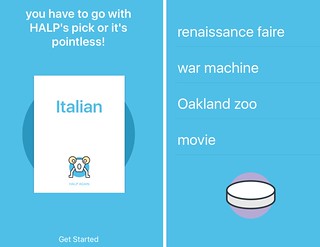 Chance, a simple decision app (for five or more choices)

For more options, add as many people, places or things as you need. With decisions like “what dumpling to eat?,” you can’t go wrong! 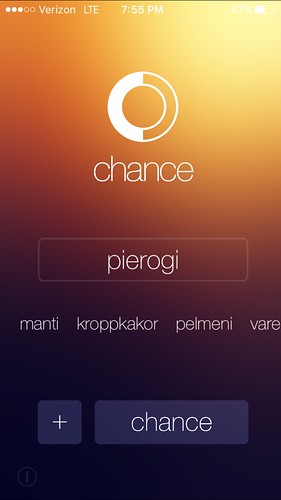 Amos: Did we ever decide what we’re doing tomorrow?

Me: That’s why I’m looking up decision apps!