“…Before we were serious,” I admitted to my boyfriend, “I was scoping out dates using the census. And my odds weren’t good. There were only like 100 eligible guys in our area of Maine.”

“Yeah, but my odds were even worse,” he laughed.

I was astonished. “I thought it’s always worse for women.”

Aww… but I found this hard to believe. So after I hung up the phone, I pulled the gender ratios for unmarried Mainers, sorting into age groups near me: 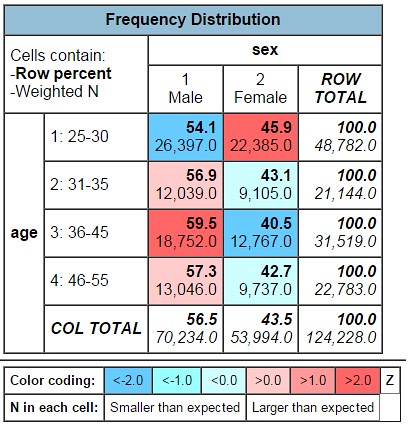 Ok… he was right! There were more never-married guys than girls at every age, but it got worse as guys hit their thirties. How does this happen? I wondered. Do all the chicks jet out of Maine and move to California? The evidence was clear: 55-60% of never-married Mainers were men. Not the most balanced sex ratio in the world.

Gender Ratios in the Church

On the other hand, I once heard a pastor boast about his beautiful wife from the pupil. “I’m so lucky,” he said. “I don’t deserve her.”

That’s sweet. You really don’t, I thought. She was clearly more beautiful, intelligent, and socially skilled than he was. But I also knew that the sex ratios were off in the American church. With three single women to every two single men, the men could take their time and then “marry up.”

Normally, sociologists find that humans practice assortative mating, where similarly-attractive, professional, stable, or athletic people tend to find and marry their peers. “Equals with equals,” as the Kazakhs say.

But any sort of demographic imbalance between the genders can throw that off completely. Skewed sex ratios have led dweeby Mormon boys to get hot wives, British women to stay unmarried after a high male death toll in World War I, China to traffic in Vietnamese brides after years of aborting female fetuses, and early American cowboys to import mail-order brides to the prairie, rather than having no one at all.

…so given what I knew about gender ratios in my home religion, I wanted to check the religious breakdown in my area. But this is hard to do, as the US government doesn’t ask about religion in the census (or about sexual orientation, which would also be useful). I found national polls indicating that 18% of never-married folks, 22% of Millenials born between 1981-1989, and 20% of 18-29 year olds call themselves evangelical, the subset of religion I’m most familiar with.

But I also knew that Maine was a unique case: one of the least religious states in the union, with only 27% of residents claiming any religious affiliation (Bangor Daily News), with 200,000 Catholics (ARDA) and some 14% evangelicals (Pew). Given that Maine is not only secular but aging, and that religion is rapidly declining among young people, I’d guesstimate that among young single Mainers—especially educated ones—less than 10% are evangelical.

Back to the Data 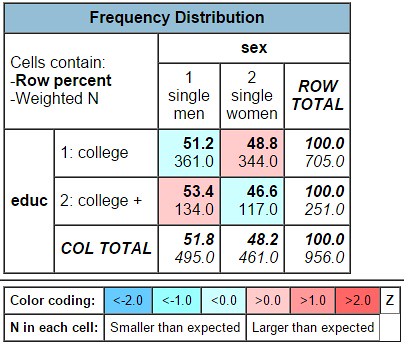 So I ran the numbers again, focused in on people with similar education to boyfriend and I. In this chart of unmarried but educated central Mainers, I found a 50:46 ratio of men to women, which fits with the fact that 55-60% of unmarried folk in Maine are male. But given gender ratios in the American church as a whole, I’d expect a 60:40 ratio of women to men.

This is a small subset from an approximate sample of Americans across five years—so I can’t give you exact numbers for the region. But it’s close. I’m declaring it a draw: more men in Maine balance out more women in this religious community.

And in the end, I’m most amused that we met each other. Among 100,000 nearby people, there were probably less then ten matches for each of us… at least if we were seeking someone of the opposite gender, never married, with a job and more than a bachelor’s degree, and with a shared religious affiliation!