I sometimes think that as an anthropologist, I should be better at understanding our place in the world, the people I live among, and how they dwell in this place.

Yet with every move, I’m surprised by what I don’t expect. Warning–this is a long post!–but dig in, if you’re so inclined.

Before I moved to Texas, I knew there would be cowboys: big hair, big blonds, big trucks, rugged independence, big religion.

Well… yes and no. When I moved to Bryan/College Station (pop. 100,000 or so), I found a flat, agricultural land, a sprawling town of low houses around a massive university with 1960s concrete-block buildings. Conservative freshmen from across Texas mixed with grad students from around the world—and all this in a town laced with retired Aggies and lower-income workers, a short drive from Houston and Austin.

As a then-conservative Christian, I expected to find a home in Texas. But when I visited local churches, I found a conservatism I had never experienced:

…As I discovered, social connections run through churches in Texas. I fully understand why atheists have formed an oasis in Houston for similar meeting and learning purposes. 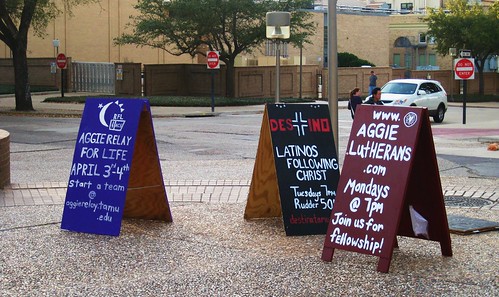 Back on campus, my graduate program was a bubble: liberal and secular folk who reacted viscerally against Republican values. Their sharp venting about Christians and conservatives had me feeling estranged and isolated from my field… at least until later years brought along a Mormon grad student, a practicing pagan, a Catholic, a protestant, and a Jew! I traveled around and made wonderful friends in Texas—but I never met a cowboy or a rancher.

Midway through my time in Texas, I visited Mongolia on a ten-week research trip. Our team was based out of Ulgii, a province center in the west: dry and cold in the mountains in July, warm in the heat of an August day. The Kazakh folk in the surrounding area raise livestock and sell the wool support their families. We interviewed folk about whether they wanted to move to Kazakhstan, how they made economic choices, and how they responded to increasing contact with fellow Muslims in other parts of the world. 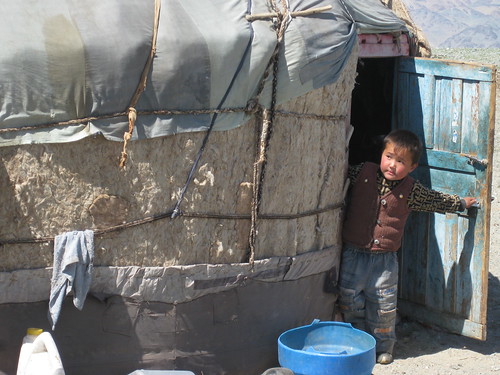 This was the most ‘romantic’ cultural experience: the yurts and high mountain meadows, the long jostling rides on rocky roads, the horses and smell of boiled sheep, the warmth of salty tea served in bowls on a chilly night. Yet it still felt comprehensible to me as a rural girl: the way our assistants carefully guarded their reputations by not living alone, the focus on family tied to a place, the compromise between knowing formal Muslim ideals (“pray five times a day”) and young folk making practical choices (“so let’s drink next weekend, and we’ll pray when we get to be grandmas”). I was knocked off my feet by the culture shock, but I loved it.

More moving. After Texas, I visited for five months with family living in rural New Mexico, near Chaco Canyon. I was struck by the remoteness, the hour-long drive to the nearest Walmart. 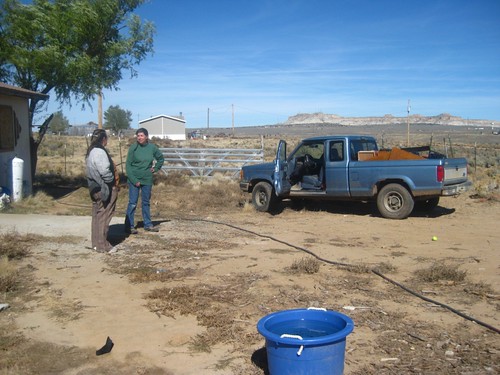 The small houses, the dry air, the sagebrush curling up to falling cemetery tiles. My family was tending a small mission to the Navajo off the reservation, where local families showed up to fill their trucks with drinking water and charge their cell phones. Middle-schoolers struggled to stay in school, knowing that a diploma would do little for their lives. Women buried their children because of suicide or drunk drivers on the nearby highway; the old folk were on dialysis for diabetes or kidney failure. Others left to work as day laborers in the city (Albuquerque, Phoenix, Denver), tearing themselves from family for the chance at a small livelihood. Listening, Diné children tilted their heads down, not making eye contact. Folk were more reserved than in Texas, on first meeting.

The mesas were scattered between churches, missions, oil rigs, farming cooperatives, and small compounds. Like the families around us, we went to ‘town’ once a week, driving two hours up to Farmington and back to buy Reese’s cups and tools at the Walmart, a lunch at Wendy’s, a stop at the bank, laundry soap at the trading post. Then back to the wide spaces, the arroyos and rock formations, the small clusters of family-centered housing along the trucker-filled highways.

Of course there wasn’t a job for me there, so another move–and this one to Kazakhstan. As with Texas, I came with preconceptions, mostly based on rural life in Mongolia. 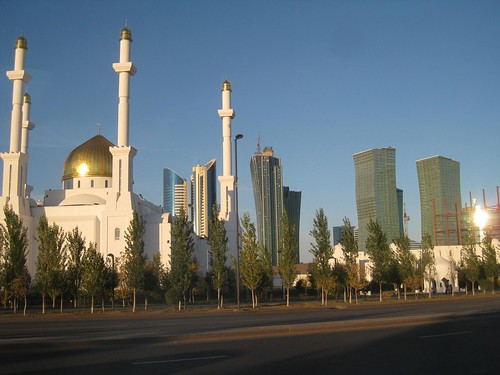 But Astana is a different universe: Kazakhstan’s capital (pop. 500-800,000), a sparkling city of golden towers and wide boulevards, where a giant tent arches into the setting sun, and bankers and diplomats sweep past in hired cars. Life moved at a rapid pace, among trilingual friends who worked a day job, a night job, and tutored English on the side. Expatriates formed close friendship over coffee; living with locals let me settle in to sweetcakes and tea, curled up in a toasty kitchen while ice and wind pounded at our windowpanes.

This time, the anonymity of long walks in a windy city, a place buzzing with ambition, opportunity, and politics. The high-priced malls with clothes from Italy and Dubai, beautiful to the eyes and too expensive to buy. The glitz—so much glitz—and the hidden lives of a thousand cooks and groundsmen and cleaners and guards, polishing and maintaining everything created with Kazakhstan’s wealth.

5. Rural Maine in the Winter

So perhaps I expected that central Maine would be a coming home. Small town, America, college campus, white people—what’s not to be familiar with?

I’m now in the Dunkin Donuts section of America…

I’ve been here only a few months, but I’m gathering impressions: a small town off the interstate, the same Walmart and Goodwill and Dollar Store I’ve known before, beside a beautiful old Carnegie Pvblic Library in brick and stone. There’s a woodcutting competition at the fall festival. Fire trucks and floats join the Christmas parade through  town, while fathers and mothers shiver in the bitter wind and bounce children on their hips. Santa Claus waves from a downtown shop, not far from a few knocked-in windows and a closed wig store full of blank-eyed mannequins. An old man in a record shop shows me how to play cribbage; a solitary footbridge arches over the river, where ice swirls its way downstream. And again the churches:

And again, the difference between town and college: here, the single mother shopping with her girls, the couple pooling their pennies for Doritos at the Dollar Tree, the homeless man in heavy jacket. Up there, the students in Uggs, the staff with stable jobs who slice open each Keurig cup to compost the coffee grounds, who use heirloom root vegetables to make mashed potatoes, who buy bread and cabbages at the farmer’s market, who advocate hiring ‘more black people’ in an incredibly white state–who talk of world travel, read progressive blogs, and tend their own aging parents.

Moving to live among these dedicated, idealistic folk, I feel pushed to a new way of being.

On the one hand, the tug of my nascent and ‘neutral’ Silicon Valley ideals, the ones that got me the job: Can I buy that? Can I outsource it? Monetize it? If I pay $4.50 for a dinner that someone else cooked, doesn’t that save $36.50 in time which I could use to learn Python and C++, thereby increasing future earnings? Right? How do I engineer a life for maximum accomplishment in minimum time, for leverage, for lifehacking? Why do it if you can get someone else to? Who can I get to do the invisible work of innovation? Who will cook and clean and live in the world and be community-oriented for me? How can I get some of this tech privilege? How can we white men build virtual communities and money and careers together, glossy towers in the wilderness? Isn’t this world all made for us, built for us?

But that doesn’t seem to be the Maine way. Instead, my boss reads the local paper and advocates for gradual change. My housemate plans how to revitalize the town. My colleague gathers up trash and sorts the recycling without complaint. The neighbor sees me scraping ice off my car, and snowblows the driveway for me. People hold cookie walks where you choose from among fifty types of cookies, all baked by people in the community. They go hiking in the fall, and searching for fiddleheads in spring. The librarians make soup at home, and serve it to their colleagues.

It astonishes me. The central Maine folk I’ve met are focused locally, they care for the earth, they spend time as if it weren’t this precious thing to hoard and deploy and maximize. They spend money when they could be maximizing personal gain. They volunteer to do things that, in the short term, don’t make sense.

It’s another culture, another set of assumptions. I’m surprised, and glad: another way of living. Another place to dwell. Another people to learn. Happy New Year. 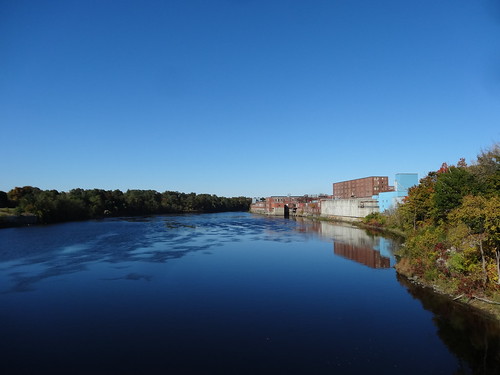 ## Postnote: New year’s brings on reflections, doesn’t it? My colleague Ersatz Expat has one of her best so far, if you take a look.