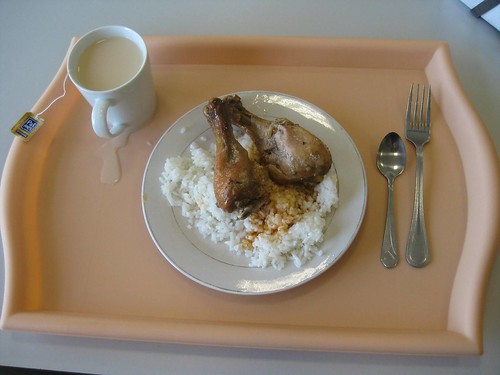 Eating with people is clearly the way to get to know people here. Sitting at a nearby cafeteria one day, I found Gulnar sitting in a corner and asked to sit with her. A pretty professional woman in her middle years, with layered black hair and a fitted jacket, she tells me that she’s recently arrived to Astana from Kyrgyzstan.

She’s nursing a clear glass of tea with lemon, her wallet neatly beside her. Gulnar’s husband recently helped her to settle into a rented room before going back to Kyrgyzstan to take care of their children, but she’s already thinking of finding another place to live in October. Her apartment and neighbors are nice, but her landlady, from whom she rents a room, is always angry – all the time, at everyone. “She has personal problems,” Gulnar shrugs as she stirs her tea.

I ask Gulnar where she worked before, and she says that she worked herself up to a manager in Bishkek, then came here to start work in a similar nonprofit. Gulnar asked her boss to hold her job while she tried out working in Kazakhstan, and after a month decided to stay. Now she’s on a one-year work contract, and I don’t think her old job is being held for her any longer.

I ask about her husband, and she says that her husband and children are back at home for the year. Her oldest child is three, but it’s too cold for them in the winter here in Astana. “They can’t adapt,” to this weather, but she hopes to bring them up in the spring or summer for a while.

I ask more about her children, and she says she talks with her husband and the children on the phone whenever she can. The oldest one recognizes her voice and likes to chatter into the phone at her, “Ya kushal kashu! Ya kushal kashu!” talking about the porridge he eats at pre-school. I ask if she hopes to go back or bring them here, and she said she’d like to bring them here. She wants to become a permanent resident if she could, or even a citizen. She has the work permit, so now she has to gather up all sorts of papers and take them to the migration office. It would take five years as a resident before she could apply to be a citizen — and then more paperwork. But all along, she has no way of knowing whether her application will be accepted.

It didn’t used to be this hard, she comments, but that was before the changes.

“No,” she says, “before the revolutions.” Since the coup in Kyrgyzstan last year, it’s harder for professionals to move up here. But Gulnar’s found work, so now she’s putting in her paperwork, and calling her children, and hoping…