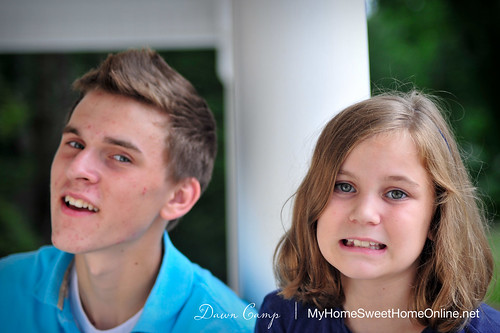 As someone homeschooled within America’s conservative Christian subculture, I enjoyed Rob Kunzman’s vivid observations of homeschool parents and children interacting, his descriptions of state conventions and his interviews with national political advocates such as Michael Farris. An empathetic observer as well as an astute critic, he shows our challenges kindly and our successes glowingly.

As a current grad student in anthropology, I was even more impressed with how Rob set up his ethnography (a book describing a people’s culture) of homeschool values and perspectives, and with his theoretical reflections on the tensions between independent education and shared civic values in America…. tensions which have been with us since the Founding Fathers.

I must admit his emphasis on civics was grating, as he kept prodding parents, ‘…but you aren’t instilling moderate civic values in your children!’ And they kept responding, ‘…but that’s not what we’re trying to do at all!’ Kunzman clearly has different values and a different vision for America than these families, but while insistent, he remains respectful and tries to start discussion rather than continuing the culture wars. Describing the best families at the beginning and end also left the middle feeling boggy in describing what he sees as less than ideal family situations.

My favorite line, of course, is when he asks five-year-old Elise what she would change about homeschooling, and she responds, “Instead of learning anything, we would just sit around and eat ice cream sundaes!” (202). I’m pretty sure I’ve given the same idea to my parents, and they turned it down, too…

At any rate, Kunzman pulls it all together at the end, where he reflects on the meaning of citizenship in a liberal democracy. Read this final section, and then read it again. Although as an educator he advocates for a basic literacy/numeracy test for all children, he acknowledges that part of being a liberal democracy is that even his focus on child welfare and shared civic values are up for discussion – and that this deliberation on how conflicting values can work together is part of democracy itself.

Kunzman is a public educator who is sympathetic enough to homeschoolers to take the time to find out – as much as an outsider can – what it’s ‘really’ like. I hope someday to be able to describe ‘cultures’ as well as he can, and I expect all readers will find something to enjoy, criticize, and think about in this book. I recommend it for all Americans, as well as for homeschooling families to read and discuss – I know I’ll be recommending it to my parents!

– A review of “Write These Laws on Your Children: Inside the World of Conservative Christian Homeschooling,” by Robert Kunzman.